I was at a restaurant the other night when I noticed a young couple being seated at a nearby table.  As soon as they sat down, the man placed his laptop computer on the table in front of him and began typing.  The woman immediately pulled out her phone and gave it her full attention.  The looked up from their devices just long enough to place their orders, but I don’t think they said more than three words to each other before their food arrived. 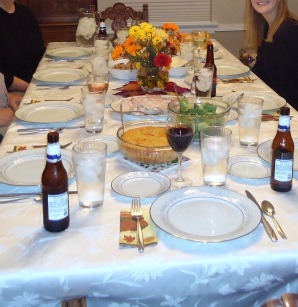 Once the food came, the man pushed his computer aside and began to eat, but the woman kept her phone out and used it to take some photos of her dinner.  And apparently the lighting over their table wasn’t very good, because she picked up her plate and carried it to an empty table, where she put it down and took another photo.  I guess that photo wasn’t satisfactory either, because she repeated the process at several other tables before she finally carried her food back to her own table and began to eat.

I’ll never know exactly why the woman was so concerned with getting a high-quality photo of her dinner, but I assume she intended to share it on social media.  We certainly live in a time where it’s common to share almost every detail of our lives and almost every thought that crosses our minds, and the internet makes it so very easy for us to do so.  But it seems to me that all too often, we have lost sight of the difference between the things we should share and the things that we should be keeping to ourselves.

Honestly, sharing all the mundane details of our lives only annoys other people.  (I know I could live happily without ever seeing a photo of someone else’s meal.)   But far worse is the kind of sharing that is downright hurtful. When someone we care for voices an opinion that we think is just plain silly, we don’t need to actually tell them that.  I’ve never yet met a pregnant woman who appreciated being told about someone’s incredibly long and painful labor.  And people who have made difficult decisions don’t benefit from having someone second-guess their choice afterwards.  A good rule of thumb is that if sharing our thoughts will cause unnecessary stress or hurt feelings, then those thoughts shouldn’t be shared at all.

Sharing is a good thing, as long as we do it wisely.  We can do an incredible amount of good when we share our resources with those who are in desperate need, and sharing words of encouragement and hope can make a huge difference in the life of someone who is struggling.  The trick is to make sure that what we are sharing is something that is actually wanted and/or needed by the person we intended to share with.

I still think about that couple at the restaurant.  Maybe they really didn’t have anything they wanted to say to each other.  But I believe that their dinner would have been so much better if, rather than focusing on taking a good photo of their food to share online, they’d chosen to give their time and attention to each other instead.  That, in my opinion, would have been something actually worth sharing.  Because good things happen when we choose to share only the very best we have to offer…..

99 thoughts on “Only The Best”