In most ways, I take after my father much more than my mother.  I inherited his sense of humor, his passion for reading, his deep love of animals, and (unfortunately) his sagging neck line and tendency to be a bit wide in the middle.  My mother and I look nothing alike, and I have none of her teaching, sewing, or decorating skills.  But there is one trait that my mother and I do share: we both have astonishingly bad memories.  And that’s beginning to worry me a little.

When I was young and my mom wanted my attention, she always called the names of my sisters first, and that was when she was looking straight at me.  Sometimes she even worked in the name of one of our dogs before she got to, “I mean….Ann!”  I never doubted that she actually knew who I was, it just took her a while to come up with the right name.  And honestly, I understood that, because I operate the exact same way.

I once stuck a glass bottle of Coca Cola in the freezer in order to get it cold enough to drink, and then forgot all about it until that evening, when someone opened our freezer door and discovered that it had exploded in there.  As a young mother, I walked out of my house without remembering my keys so many times that my son would not only ask me if I had the keys before he would follow me out the door, he also insisted I show them to him.  He was only five at the time,  but I guess he’d had a little too much experience at being locked out.

I have a long history of forgetting appointments, and I shed my belongings the way a dog sheds hair as I go about my day.  I’ve left purses behind in restaurants,  walked out of supermarkets without the groceries I just paid for, and left lawn sprinklers on overnight.  (Thankfully, we don’t live in an area that is prone to drought.)  I never buy expensive sun glasses or umbrellas because I lose track of them so often.  And I’m just as bad at remembering names as my mother ever was.

The problem is that I’m starting to get a bit up there in age, which means that I’m getting to the point where people are going to be getting just a tad judgmental about my lack of memory skills.  Like my mother, I have had a bad memory all my life, and forgetting stuff is just normal for me.  But forgetfulness is also something that becomes concerning as people hit their twilight years (and rightfully so), but how can you notice that someone’s memory is slipping away when it’s barely been there to begin with? 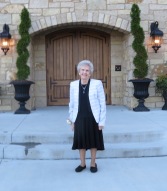 My mother is at the age where I often accompany her to important visits, and I see the looks that she sometimes gets when she has problems remembering stuff.  And I know the time is coming when I’m going to be getting those looks as well.  Which probably explains why I can get a little defensive about my mother’s memory (or lack thereof), because I not only know it’s just who she is, but I realize it’s also who I am.

I know my mom well enough to know that she’s still quite sharp mentally, even if her counter is strewn with the notes to help her remember all the stuff she needs to remember.  And I’m there to speak up for her if need be.  But that leaves the question of who is going to speak up for me when I’m her age and waltzing out of the grocery store without my groceries.  I guess I just have to hope that my kids inherited their father’s memory so they’ll recall all those times when they were little and I forgot my house keys.  And know that it’s just me being me.

51 thoughts on “Can You Remember?”