I have what is referred to as a “pear-shaped” body, which is a kind way of saying that my upper thighs are a size bigger than the rest of me.  I complained about this for years before I finally lost the fifteen pounds that I was sure would give me the body shape I wanted.  It didn’t.  I still had the same body shape, just two sizes smaller.  Which meant that I still had an awful time finding pants that fit me, and I complained bitterly about that until a friend (who I’m sure was tired of listening to me whine about the same old thing) suggested I try having my pants altered to fit me.  So now I buy my pants on sale so that I can afford to take them to a tailor, who takes them in at the waist.  And just like that, my long-term wardrobe problem was solved.

I’m not going to lie:  I’m good at complaining.  Complaining comes as naturally to me as worrying, probably because they are closely related and tend to feed off each other.  It’s just who I am, and I’ve learned to accept that.  But what I have also learned is that the trick is to remember to move beyond complaining to actively trying to address the problem I happen to be complaining about.

It’s okay to recognize my worries and express my concerns as long as I realize that complaining isn’t going to solve a thing.  Complaining simply names the problem, but if I actually want to fix the problem, then that’s going to require some sort of action on my part.  Sometimes that’s as simple as finding a good tailor, while other times, of course, the problems are much more serious and complicated. 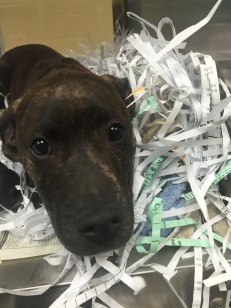 But even when the problems are huge and completely beyond my personal control, I can still do my part to try to make things better.  I can join groups that are working to change public policy, and I can volunteer with agencies that address the issues I care about.  For instance, I may not be able to single-handedly save all the homeless dogs, but I most certainly can spend my time at the local animal shelter, doing everything in my power to make the lives of the dogs there just a little bit easier.

It’s easy, I think, to fall into the pattern of simply pointing out the many problems we see around us and to believe that is as far as we need to go, or as far as we can go.  But I’ve discovered that when I do that, I end up feeling helpless, overwhelmed, and depressed.  Far better to see problems as something that need fixing, and to recognize that there is often something we can do to help solve them.  Not only does that make the world a better place, but it empowers us to discover that we really are capable of making a positive impact.

Moving from merely complaining to active problem solving is just as good for us as it is for the ones we are trying to help.  And in my case, it means that I finally have pants that fit.