I have never been a particularly ambitious person.  I had no plans to run for public office, become a celebrity of any sort, or make enough money to live in a huge mansion.  Although I did hope to make a modest living writing children’s books, I never aspired to being on the New York Times Bestseller’s list.   My main goal in life has always been a very modest one:  to simply try to leave the world a slightly better place than I found it.  Seriously, that’s it.  But even so, I’m starting to think that maybe I set the bar just a little bit too high. 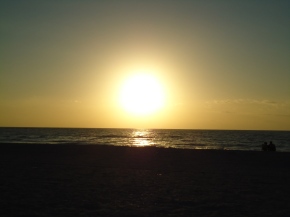 If I were really the sort of person who brought in a ray of sunshine each time she entered the room, how do I explain all the times when my mere presence has had what can only be called a distinctly negative effect?  There’s the little things, like how whatever line I join at the checkout counter immediately becomes the slowest moving line, each and every time.  Sometimes the person in front of me hands the cashier a huge wad of coupons and argues endlessly when told that half of them are expired, while other times we all wait for a stock boy to do a price check on an item shelved on the other side of the store.  But one way or another, when I get in a line, it stops moving.

And yes, I know lots of people claim they have the same experience with check-out lines, but I have so many more examples.  I had to have my senior pictures retaken because the photographer discovered that his camera broke during my photo session.  Other people joke about having their face break a camera, but mine actually did it.

This past year alone, five of my favorite restaurants have gone out of business.  And even if a restaurant that I love does manage to stay open, they always discontinue whatever dish I like the best.  Remember Panera’s potato-cream cheese soup?  It was so delicious that it was worth every calorie, and it was my absolute favorite.  So of course they took it off the menu.

The last three times I joined a church, the minister resigned shortly afterwards.  When my husband and I decided to invest a little money with a broker, the stock market immediately dropped like a rock.  We have lived in the same house for the past twenty years, and like to think that we are good neighbors.  But then how do I explain that the house on our left has turned over six times since we moved in, and we have actually lost count of how many different families have lived in the house behind us?

But the biggest example is my writing career.  The only children’s book I ever published was sold through a book packager who expressed interest in seeing more of my work.  And then promptly went out of business.  A small public relations firm closed right after I completed my first assignment for them.  Several editors have lost their positions shortly after asking me for revisions with the goal of eventual publication, and three separate publishing houses that liked my work also went out of business before I could close a sale.  I’m sort of the “Typhoid Mary” of the publishing world.

I tell you, it’s enough to give a person a complex!  Sometimes I feel the exact opposite of the king in the story, “The Midas Touch.”  Remember that story?  Where everything the king touched turned to gold?  Only in my case, it often turns to–well, let’s just say not gold.  So, if you are one of the small group of people who reads my posts, I suggest you enjoy them while you can.  Because past experience suggests that it’s only a matter of time before WordPress pulls the plug.

52 thoughts on “A Disturbing Pattern?”